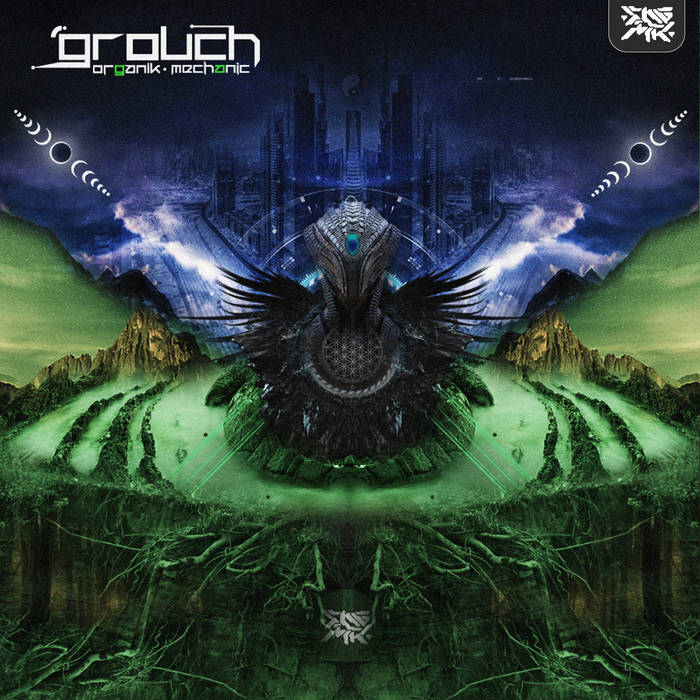 Enig’matik expands on its sound palette by infusing the infectious grooves of Grouch. An artist no stranger to life on the road, Grouch has been constantly touring for the last 24 months all around South and North

America, Europe and Australasia, gathering inspiration amongst the new sights and faces to drop into his melting pot of tight rolling percussive grooves and dub drowned synth stabs, igniting dancefloors with an uplifting, focused vibe which is known for its infectiousness all around the globe.

Awakening senses with the immense Rolling bassline of Reverse Entropy, incorporating a shift from common time signatures to form a unique cohesive journey laced with wobbles and squelches, to the dub laced glitch monster that is Perfukt, drenched with a cheeky charismatic vibe that quickly throws the listener back into the depths of inspiring fills and gating work. Organik Mechanic showcases Grouch’s unique eclectic production skills which span across a multitude of genres, solidifying himself as one of the most versatile producers in circulation today.The release is topped of with the debut appearance from Hedflux on Enig’matik Records with a incredible remix showcasing inspiring reverse engineering skills, masterful production traits utilizing the full stereo spectrum and tight knit grooves topping off a rock solid release from start to finish.


Part 1 in a series of EP’s from grouch on Enig’matik, expect to hear this all around the globe on dancefloors in the coming months immersed within a deep, focused, cheekily lashed dancefloor that these audible tales ignite.