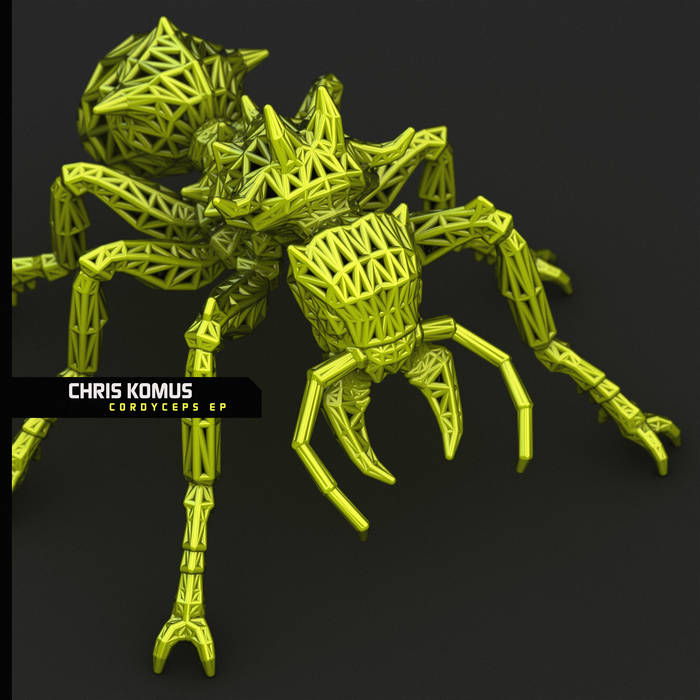 Chris Komus returns to enig’matik with the follow up to his “Everything just started to go apart EP”. Cordycep see’s Komus expand on his fused approach of haunting orchestral arrangements that intertwine with complex and intricate arrangements, lashed with rich production traits making full use of the stereo width, he crafts a immersive picture in the listeners mind, each carefully sculpted atmospheric wrapping the listening in a soothing web of sombre thoughts whilst firing neurons into a daze. with the interjection of a array of well thought out hyper edits which almost reaching breaking point, komus shifts perceptions between emotions and moods with the masterful use of contrast.

Both tracks entail a long thought out journey aspect to them and each track carries a theme,

“Cannibal in utero” tells the story of some unborn species of sharks, When a female gets pregnant, it’s usually with multiple offspring of several different male sharks. As soon as the fetuses are old enough, they begin a cannibalistic battle for primacy in utero, with only one surviving. Science has concluded the practice was an evolutionary strategy allowing the most aggressive male sharks to father the surviving embryos.

“Ophiocordyceps” is the tale of a parasitoidal fungus that infects ants and alters their behavior. When infected The ant falls from the tree where it normally lives, climbs on the stem of a plant, clamps its mandibles on a leaf and dies there, while the fungus consumes its tissues and grows outside it, releasing its spores. A parasitoid that alters the behavior of its host in order to ensure its own reproduction.[3] Possessed ants march to their death and the fungus lives inside the exoskeleton.